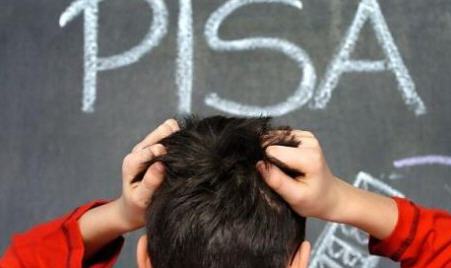 Plaid Cymru AM Llyr Gruffydd has responded to the publication of Wales’s PISA (Programme for International Student Assessment) results by accusing the Labour Welsh Government of having “failed, failed and failed again” when it comes to education.

Shadow Cabinet Secretary for Education Llyr Gruffydd AM said that the decline in educational standards was a result of 17 years of Labour’s bunker mentality and accused Welsh Government of failing teachers and pupils alike.

Praising the work of teachers throughout Wales, he added that they had been saddled with unnecessarily large workloads and forced to endure fruitless reforms as a result of the Labour Welsh Government’s incompetence.

Llyr Gruffydd AM said, “Today’s results show that the Labour Welsh Government has failed, failed and failed again when it comes to our children’s futures.

“After 17 years of a Labour-led government, Wales lags behind the rest of the UK in reading, maths and science in the fourth consecutive set of results.

“Welsh scores are worse than they were a decade ago in all three areas, and we are now further behind the UK mean than we were in 2006.

“Teachers throughout Wales carry out vital work in extremely difficult circumstances. Due to the Labour government’s incompetence they have been saddled with unnecessarily large workloads and forced to endure fruitless reforms.

“There can be no alibis and no excuses. Those were the words of the Labour Education Minister following the poor results in 2010. The Welsh Government must heed those words and face up to the reality of its failures.

“Ahead of the Assembly Election, Plaid Cymru pledged to cut bureaucracy in schools and work with the profession to deliver the most highly motivated and skilled teachers in the whole of the UK to raise standards and create more opportunities for our children. That remains our vision for Wales.

“The new Cabinet Secretary for Education must now show clarity of vision and an unstinting focus on delivery. I urge her to stay on course in order to push through the proposed reforms and rebuild an education system fit for the next generation.

“Our pupils, parents and teachers deserve nothing less.”