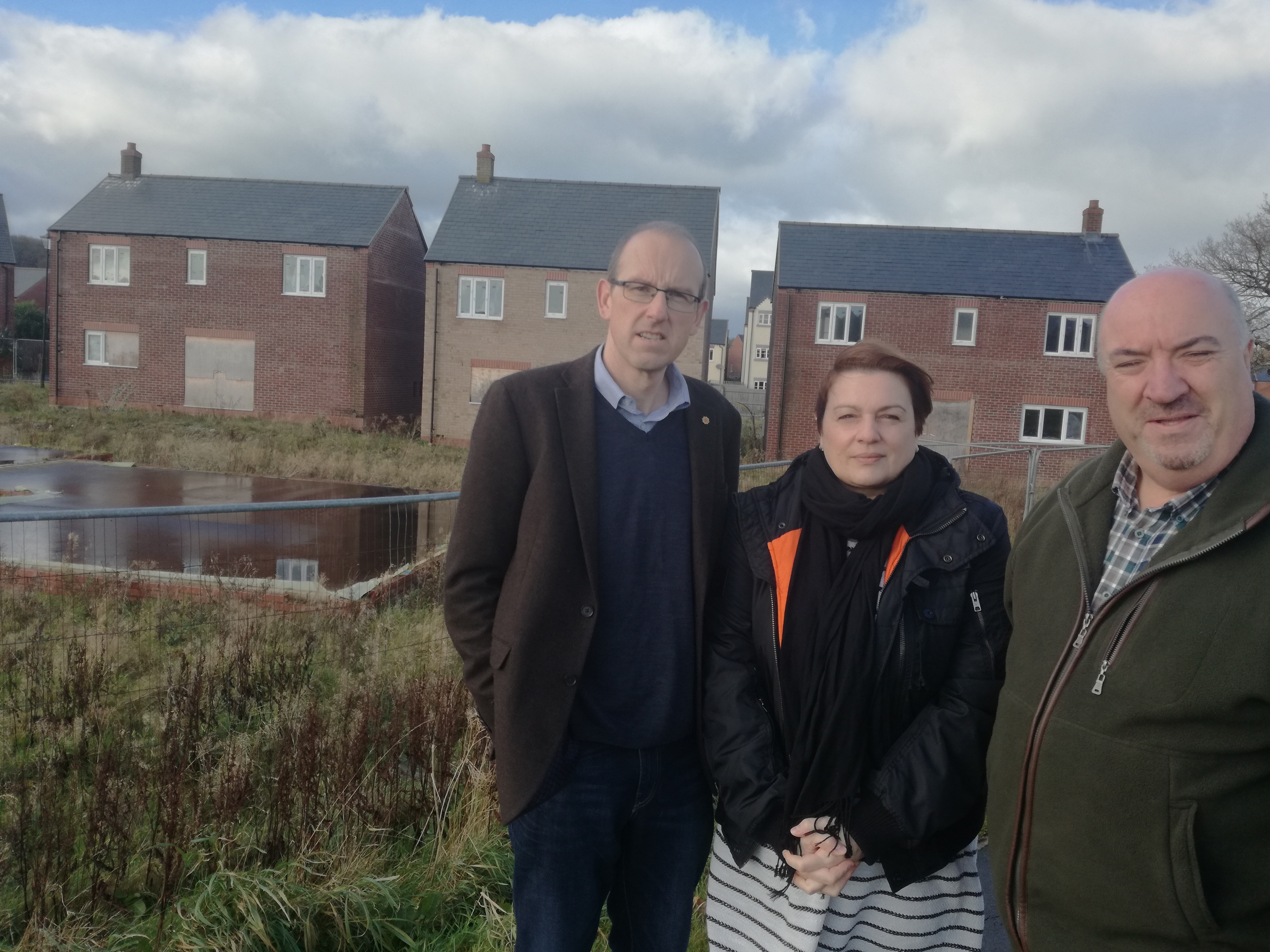 Politicians representing residents on a Ruthin housing development are concerned that the developers have effectively abandoned the estate, causing uncertainty and confusion amongst householders.

Glasdir Estate, which was flooded shortly after being built in 2012, is being built by developer Taylor-Wimpey. Although the majority of the estate has been completed, there are three partially finished houses that have not been touched since the flooding and are left abandoned; six plots with footings already in place but now overgrown and another 20 plots that have not been started.

Residents are also complaining that essential maintenance works on the estate, which they say should be carried out by the developer, has not been done, leaving them concerned that Taylor-Wimpey are turning their backs on the estate.

Plaid Cymru North Wales Assembly Member, Llyr Gruffydd, who is based in Ruthin, said: “The residents deserve an explanation as to why maintenance works is not being carried out and why parts of the estate seem to have been abandoned. They’re naturally concerned that this could have a negative effect on the estate and the value of their homes.  I have written to Taylor-Wimpey to get answers to some of the residents’ concerns and asking for a date when they expect to finish building the estate. They have a duty to honour their contract and an obligation to the residents to maintain the estate”.

Plaid Cymru County Councillor for Ruthin, Cllr Emrys Wynne, said: “Parts of the estate look like they’ve been completely abandoned. We need assurances that the estate will be completed as promised. My understanding is that Taylor-Wimpey are obliged to maintain the estate until such time that Denbighshire Council adopts the land, and I would expect them to honour that”.

Glasdir resident Elena Vardoulaki said: “This is a nice estate to live on and the new school nearby will mean more families will look to live here. It’s a shame that some houses have just been left abandoned, and that plots are left empty. It looks bad.”