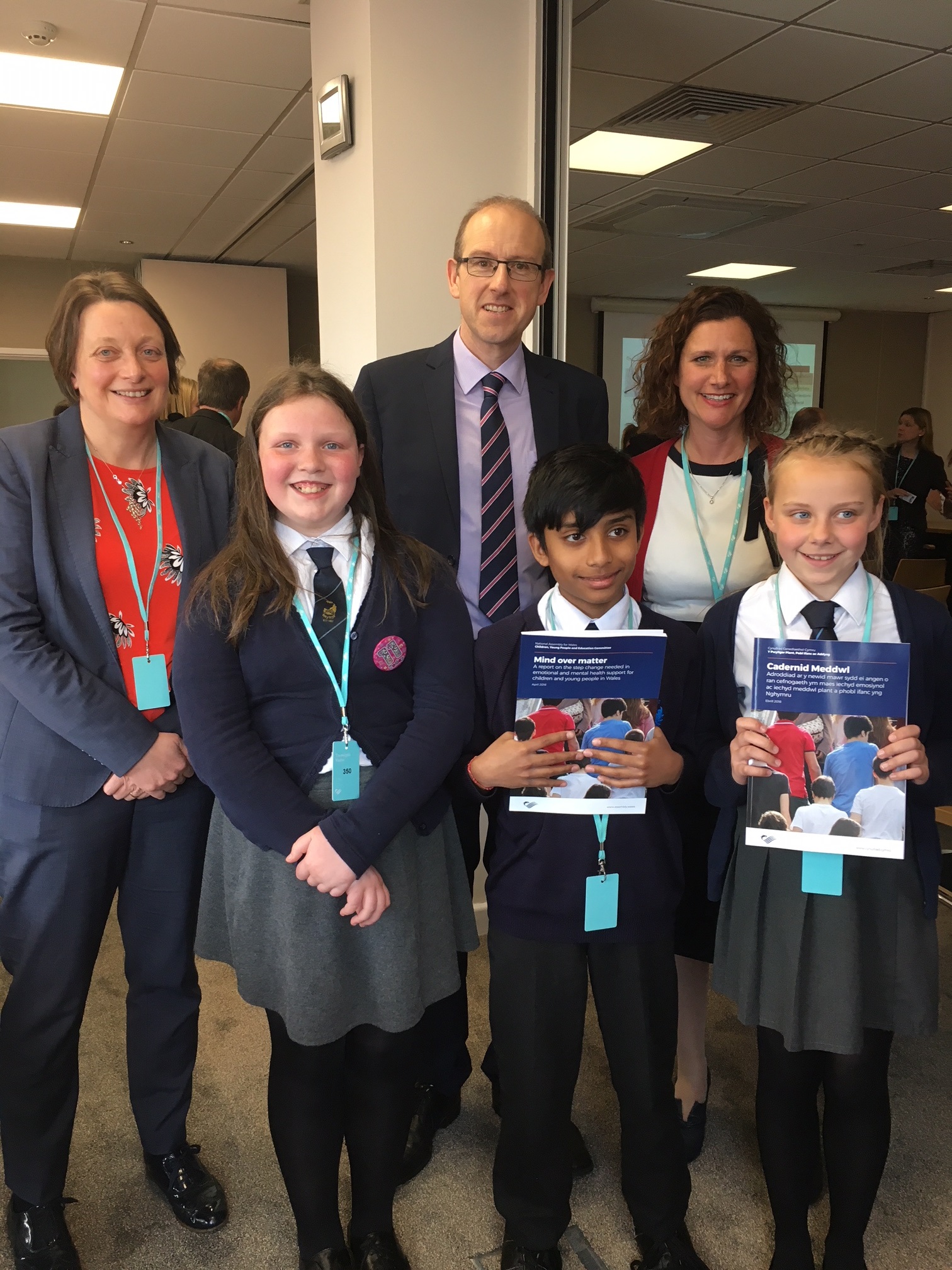 Pupils from Ysgol Pen y Bryn in Colwyn Bay have been explaining to Assembly Members in Cardiff about their role as Mindfulness Ambassadors to promote better mental and emotional health among their schoolmates.

Amber Stock, Arun Ramesh and Hallie Irvine along with Tabitha Sawyer, assistant head at the school, were guests for the launching of the Children, Young People and Education committee’s report on the emotional wellbeing of children.

Plaid Cymru’s North Wales AM Llyr Gruffydd, who chaired the school’s presentation, said: “Members of the Assembly committee visited the school last autumn and we were hugely impressed by the work being done by pupils and staff on mental health and emotional wellbeing, particularly their focus on mindfulness.

“Some of the children also gave evidence to the inquiry and we were keen to make sure others learnt about the pioneering work being done at Pen y Bryn, where pupils practice mindfulness from day to day. This is a long-term project that Tabitha and her colleagues have developed over the last seven years and one of our reports recommendations calls on the Welsh Government to work with exemplar schools like Ysgol Pen y Bryn to help develop a national approach to emotional well-being and resilience.

“I’d like to thank staff and pupils at the school for their pioneering work and for sharing their experiences with us. We hope that the Government will listen and act.”

The launch in Cardiff Bay was also attended by the Children’s Commissioner Sally Holland.