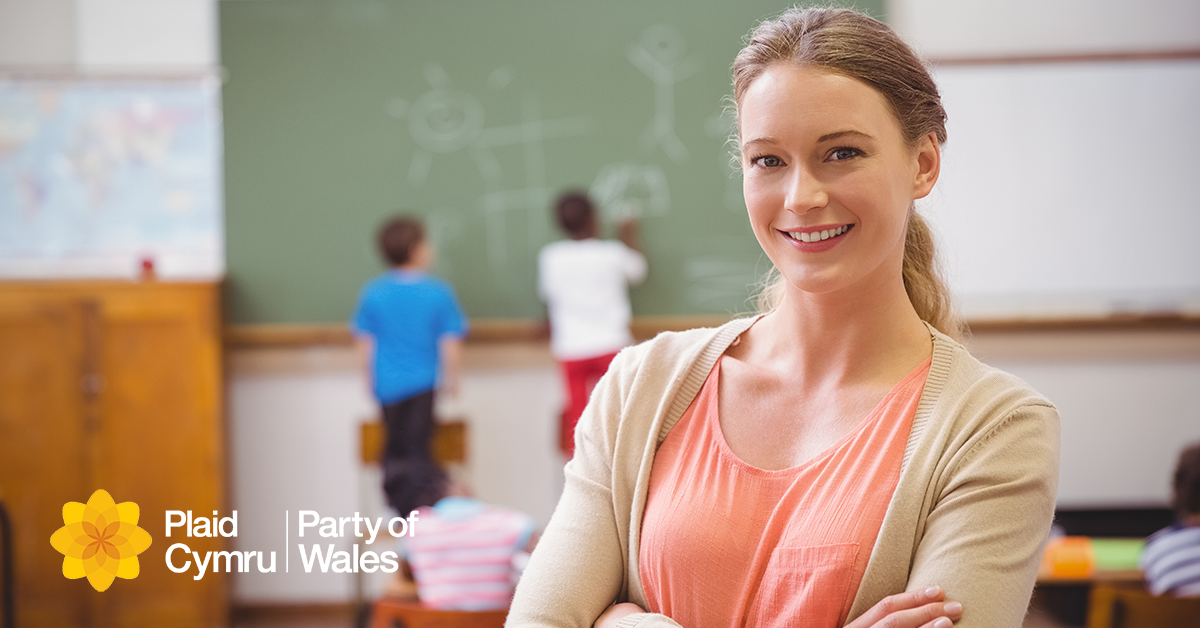 Concern has been raised that pay rises for Welsh teachers, due in September, will be left un-funded by the Welsh Government, following a refusal by the Education Secretary to commit to provide funding.

A pay-rise for teachers in both Wales and England, of between 1.5% and 3.5%, was announced by the Westminster Government last month. Decisions on teachers’ pay and conditions remain reserved to Westminster politicians, with responsibility due to be transferred to Wales in September.

The Westminster Education Secretary claimed, when making the announcement, that increases will be funded for English teachers from the Department of Education, but no announcement has been made on funding for teachers in Wales.

“Welsh teachers have been over-worked and under-paid for far too long and the announcement of a pay-rise last month was well overdue.

“As the pay-rise in England will be funded from the existing English education budget, it is up to the Welsh Government to fund the pay-rise for Welsh teachers. It is deeply concerning that the Education Secretary is unwilling to commit to doing so, in the absence of funding being provided by the Westminster Government.

“Plaid Cymru fought long and hard to ensure the cap on NHS pay was lifted in Wales and thankfully, the Welsh Government eventually agreed to lift the cap after finding itself in the shameful position of being the last country in the UK to do so. Surely they cannot now put up the same resistance to funding a pay-rise for our hard-working teachers. If a Tory Government in Westminster can provide funding for teachers in England, then surely the Welsh Government can do so in Wales.

“Our teachers deserve to be paid a decent wage and the Welsh Government has to stump up to make sure this pay-rise is fairly funded. The worrying alternative to not doing so is that hard-pressed schools would have to find the additional funding and that would inevitably mean staff redundancies.”