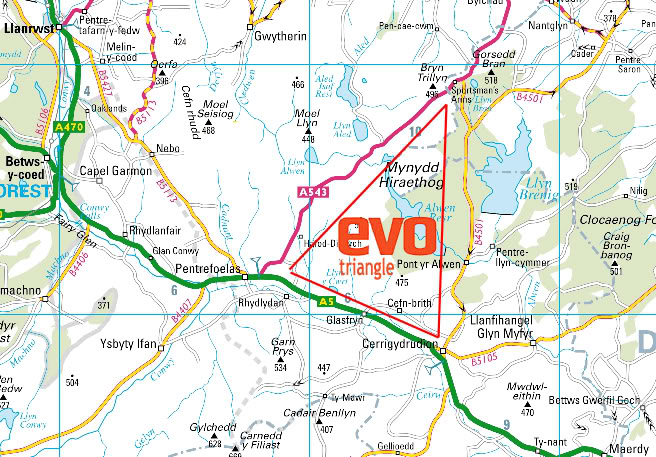 Llyr Gruffydd AM has welcomed news that £500,000 has been allocated to improve road safety on a notorious ‘unofficial racetrack’ in north Wales.

Mr Gruffydd, Plaid Cymru’s North Wales AM, has been campaigning for action to reduce accidents from speeding on the EVO Triangle between Pentrefoelas, Bryntrillyn and Cerrigydrudion for the past three years. During that time he has met with local farmers, community councillors and highlighted in the Assembly the dangerous driving that takes place on the road. It has been promoted by certain motoring publications as an unofficial racetrack and videos posted of racing on the internet have prompted local calls for action.

There have also been a number of deaths on the road due to excessive speeding in recent years, prompting Mr Gruffydd to launch a petition in the area calling for Welsh Government action.

Mr Gruffydd said: “I’m delighted that action has finally been taken to reduce dangerous speeding on the so-called EVO Triangle. I’ve been working with local councillors, farmers and the wider community to try to get the Welsh Government to take action for the past three years and am delighted that this is now bearing fruit.

“I hope the average speed cameras will reduce the number of accidents, deaths and near misses that this stretch of road has become notorious for. Due to some irresponsible publicity, it became known as an unofficial racetrack which encouraged a small minority to take risks with their own lives and those of other road users. Let’s hope this is now at an end.

“The sooner the work is undertaken, the better for the local community. I’d like to thank the community council, local farmers and everyone who signed our petition to make this happen.”