Plaid Cymru AM Llyr Gruffydd has marked Holocaust Memorial Day, the anniversary of the liberation of Auschwitz-Birkenau, the former Nazi concentration and death camp.

The North Wales AM signed The Book of Commitment in the Senedd to honour those who were murdered during the Holocaust, as well as paying tribute to the extraordinary Holocaust survivors who continue to educate young people today.

Mr Gruffydd said: “It’s important that we remember the million people who were slaughtered at Auschwitz-Birkenau, the worst of all the Nazi death camps, and all the other victims of the Holocaust. Perhaps it’s more important today than ever before that we reflect on how a rising tide of xenophobia and jingoism fueled these terrible crimes and how irresponsible politicians play with people’s lives when they demonise minorities.

“We all have a part to play in saying ‘never again’ but I hope schools in particular continue to educate future generations about the evils of fascism.” 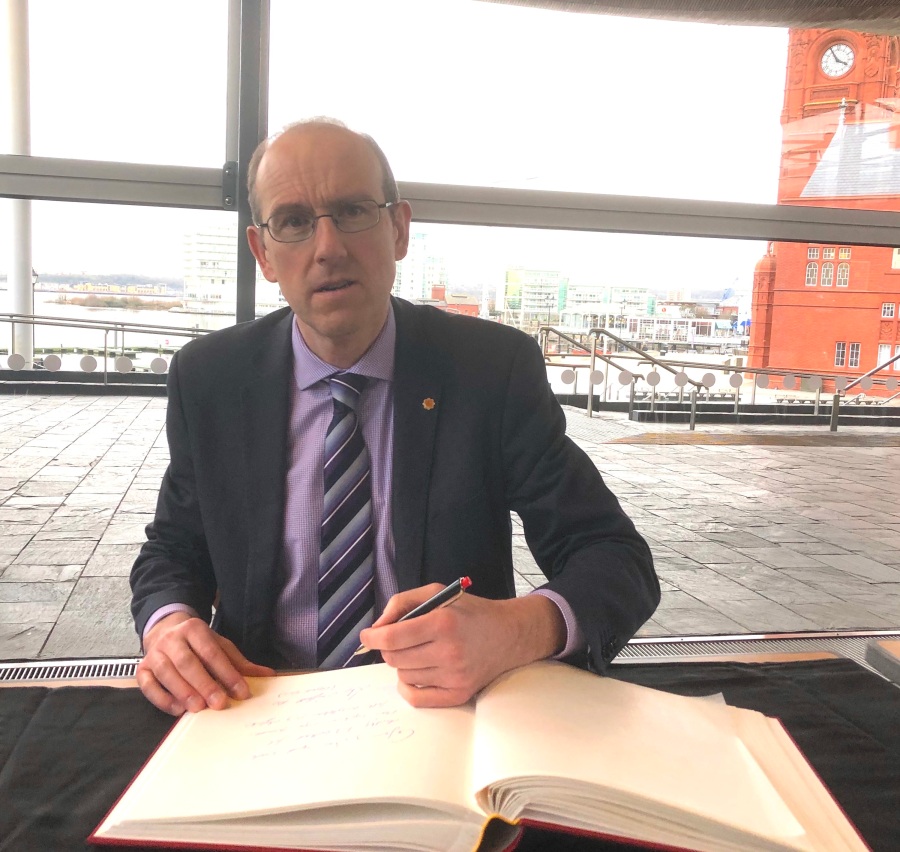