Plaid Cymru’s shadow rural affairs minister Llyr Gruffydd has called for Wales to be given the powers to deal with dog attacks on livestock.

His call came after he met with Scottish National Party MSP Emma Harper in Edinburgh last week. The MSP is pushing forward a private members’ bill in the Scottish Parliament to try to deal with this and the North Wales AM wants similar powers devolved to Wales to tackle what he believes is a growing problem in rural communities.

Mr Gruffydd said: “Dog attacks on livestock in Wales is a growing problem and there is recent evidence that not enough is being done to tackle it by Welsh forces that are operating to tight budgets and other more pressing demands.

“I met with Emma because she is looking at legislation to tackle this problem in Scotland. I’d love to be able to do the same here in Wales but we don’t have the powers devolved in this field to do so and, as a result, we have to rely on Westminster to act. As things stand, they’re rather distracted and so we’re unlikely to see any meaningful action in the near future.

“I know how much this impacts on farmers and the frustrations they face when they see no action taken against dog owners who attack their sheep and other livestock. I’m happy to work with the farming unions to make sure their concerns are heard and will continue to press for the powers to deal with this directly in Wales.”

His comments were echoed by the Farming Union of Wales’ Dr Hazel Wright:  “The FUW believes introducing new laws, which will act as a powerful deterrent to prevent dog owners allowing their animals to stray.

“52 dogs have been shot attacking livestock in North Wales in the past four years, a tragedy for the farmer whose stock has been killed, but also for the dog owner who loses the family pet when it is put down. No farmer wants any animal to be killed needlessly, and the lack of substantive legal action means that there is no real deterrent for the dog owner. Only four main pieces of law cover livestock attacks, all are antiquated and do not fit with current agricultural practices or the seriousness of the offence.

“It appears education alone cannot solve this complex issue, but hopefully changes in legislation to ensure the seriousness of this offence is understood, can give Welsh and English police the powers to properly deal with offenders and provide a deterrent which means that less stock and fewer family pets are lost.”

There were 449 cases of livestock attacks between 2013-2017 in North Wales alone, but there continues to be under reporting by farmers due to a lack of confidence in police and legal system.

Approximately 15,000 sheep were killed by dogs in 2016.  At £75 per carcase, that’s a loss of £1.3 million pounds. Other losses include abortions, loss of breeding stock and the cost of veterinary bills. 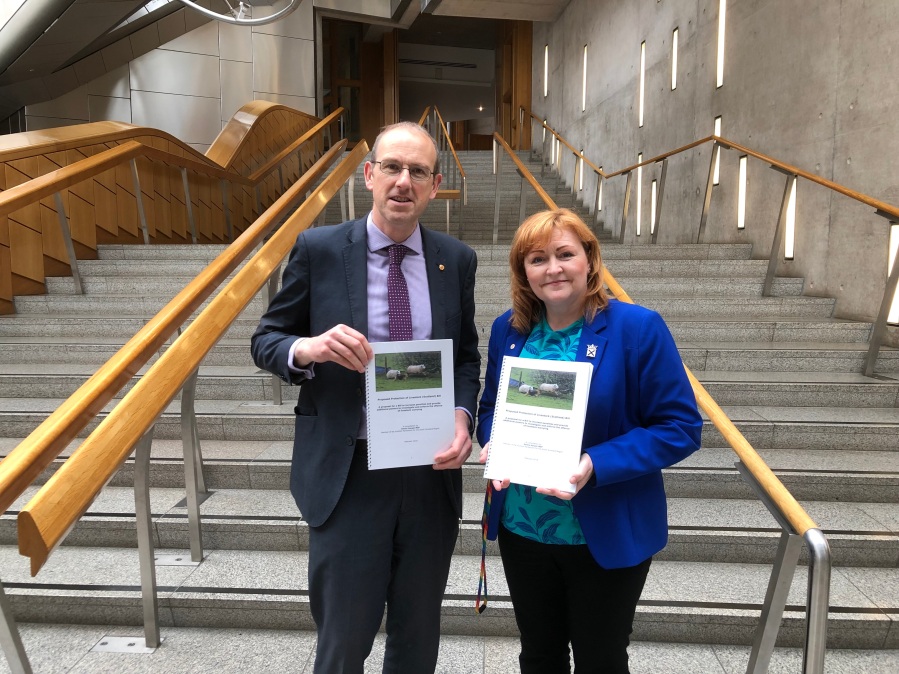